Can India feed the world during the russia ukraine war ? - letsdiskuss

Can India feed the world during the russia ukraine war ?

India has become the new superpower of world agriculture. India's agricultural sector, which contributes 17% to the country's GDP and employs nearly half its total labor force, grew by 4.7% in 2011-12 despite a drought in some regions and floods in others.

India is one of the few countries that can provide enough food during a crisis due to its diverse climate zones, large rural population, and modern agricultural sector largely under government control with little foreign competition.

Experts agree that India will be able to survive while other developing countries might not because it has such a huge domestic market and so much arable land capable of growing both crops for domestic consumption, as well as crops for export. 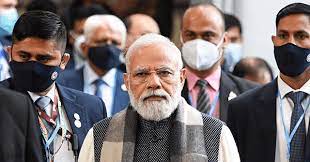