what is newton's first law? - letsdiskuss

what is newton's first law?

Newton's First Law, sometimes referred to as the law of inertia, describes the influence of a balance of forces upon the subsequent movement of an object.

Unless and until it is operated upon by an external force, every item continues to do what it is doing. If you slide a book down a table, for example, the book's natural tendency is to continue moving if the table is infinitely long. Friction causes the book to cease sliding after a given length.

The tendency of items to resist any change in their present position / configuration is known as inertia. Objects with a higher mass have more inertia. This is due to the increased bulk of an object; moving an elephant is tough, whereas moving a kitten is simple.

If you accept all changes in motion as explicit pulls or pushes, all non-inertial frames (at least in Newtonian Mechanics) may be converted to inertial frames. The jerks induced by the car's shift in motion, for example, may be called pseudoforces (false forces).

Coffee "keeps on doing what it's doing," according to Newton's first law of motion. Coffee that is at rest prefers to remain at rest; coffee that is in action prefers to travel at the same speed and in the same direction. Unless acted upon by the uneven force of a seat belt, a person in motion continues in motion.

Newton's first law of motion has several applications. For each application, you may consider the law of inertia. Ketchup is thrown downhill at fast rates and then quickly halted to remove it from the bottom of a ketchup container. Cars are equipped with headrests to avoid whiplash injuries in the case of a rear-end accident. 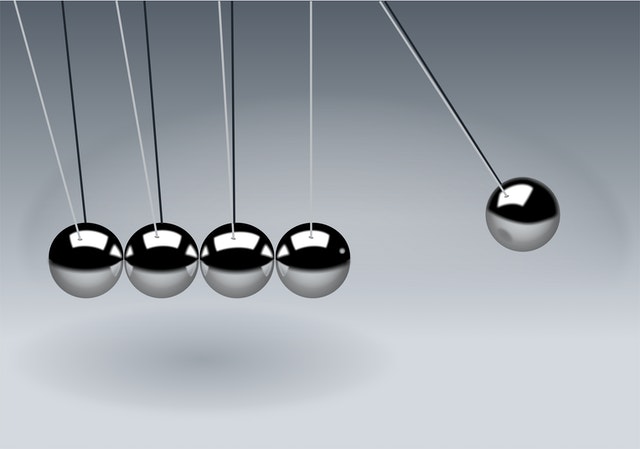 "A body at rest will stay at rest, and a body in motion will stay in motion with the same speed and direction unless acted upon by an unbalanced force", according to Newton's first law of motion .This is sometimes called "inertia."  Galileo Galilei first proposed the law of inertia to horizontal motion on Earth, and René Descartes later generalised it. The concept of inertia is indeed the starting point and fundamental postulate of classical mechanics, yet it is not immediately apparent to the untrained eye. 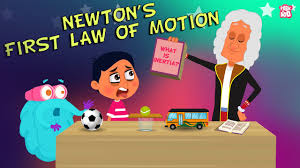