what is the meaning of apartheid ? - letsdiskuss

what is the meaning of apartheid ?

The dictionary definition of apartheid is basically a policy of racial segregation, but it has another meaning in South Africa. When the National Party came to power in 1948, they created legislation that separated blacks and whites which is known as Apartheid. The National Party's goal for this was to "disempower" the black majority and create an Afrikaner society. Apartheid existed from 1948 - 1994 and it was enforced by law for many years afterwards as well. 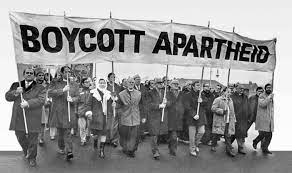