What is the story of the Fame Game? - letsdiskuss

What is the story of the Fame Game?

The Fame Game, a new Netflix series, has an unusual premise: a Bollywood actress, Anamika (Madhuri Dixit), who is known for disappearing in her parts, physically vanishes one morning from her home. Her phone, wallet, and other important belongings are all still in her room. There are no evident traces of a tussle — no ransom demand - nothing. As if she didn't exist at all. From Anamika's childhood to her son's identity, the series has many discoveries queued up one after another. "The Fame Game" knows how to keep you wondering the truth until the very end, despite being a touch strained at moments. The family seemed full of surprises, as well as the lack of a ransom demand complicated the situation even further.

The Fame Game, a new Netflix series, has an unusual premise: a Bollywood actress, Anamika (Madhuri Dixit), who is known for disappearing in her parts, physically vanishes one morning from her home.

Her mobile, wallet, and other important belongings are still in her room. There are no evident traces of a tussle — no ransom demand - nothing.

Her family, however, does – her producer husband Nikhil (Sanjay Kapoor), her son Avi (Lakshvir Saran), her daughter Amu (Muskkaan Jaferi), and her mother Suhasini Mulay – and they're all keeping secrets, not only from the cops but also from each other. Anamika is the same way.

Sri Rao's film The Fame Game feeds us one cue after another, overwhelming the tale. The first episode. Anamika glances wistfully at a "best couple" plaque handed to her and her co-actor, a well-known Bollywood figure, Manish Khanna, in a flashback (Manav Kaul). We immediately recognise that this individual has played, and will continue to play, a significant role in Anamika's life, but the series shows and tells – and shows and tells – all while attempting to be'subtle.'

When Anamika and Nikhil arrive at Manish's house, they exchange furtive glances, drop mysterious remarks and reminisce about their past while her husband is away.

The investigating officer, Trivedi (Rajshri Deshpande), then begins questioning Anamika's family on a strange – and forced – antagonistic note. Avi, too, is prone to temper tantrums.

Anamika's mother, who lives in the same house, has always been domineering and nasty, and she continues to be such. And these are only three of the show's major characters; there are many more, and they neither illuminate nor entertain, with the exception of a few small outliers. These aren't people; they're bad ideas responding to bad writing briefs. We're still in the first episode, mind you.

And things are only getting worse. Despite all of the unnecessary cues, The Fame Game seems unsure about its tone. It begins out as a thriller with an upbeat background score, Anamika's abduction, and the police inquiry but as the series progresses, Trivedi disappears for extended periods of time, and we're left with labyrinthine subplots that hint at a personal drama.

This family has been informed enough times that they are "hiding a secret." There's an emasculated Nikhil, an insecure Amu, a disoriented Manish, an enigmatic make-up man, a crazed stalker, a sleazy director, an eccentric painter and a very tired audience – in addition to the bad-tempered Avi.

Even when characters like Manish and Anamika discuss – or appear to talk – a lot about the industry and its people, The Fame Game provides little insight into the industry or its practitioners. It's all the more perplexing because the creators are sure of the characters' profundity. 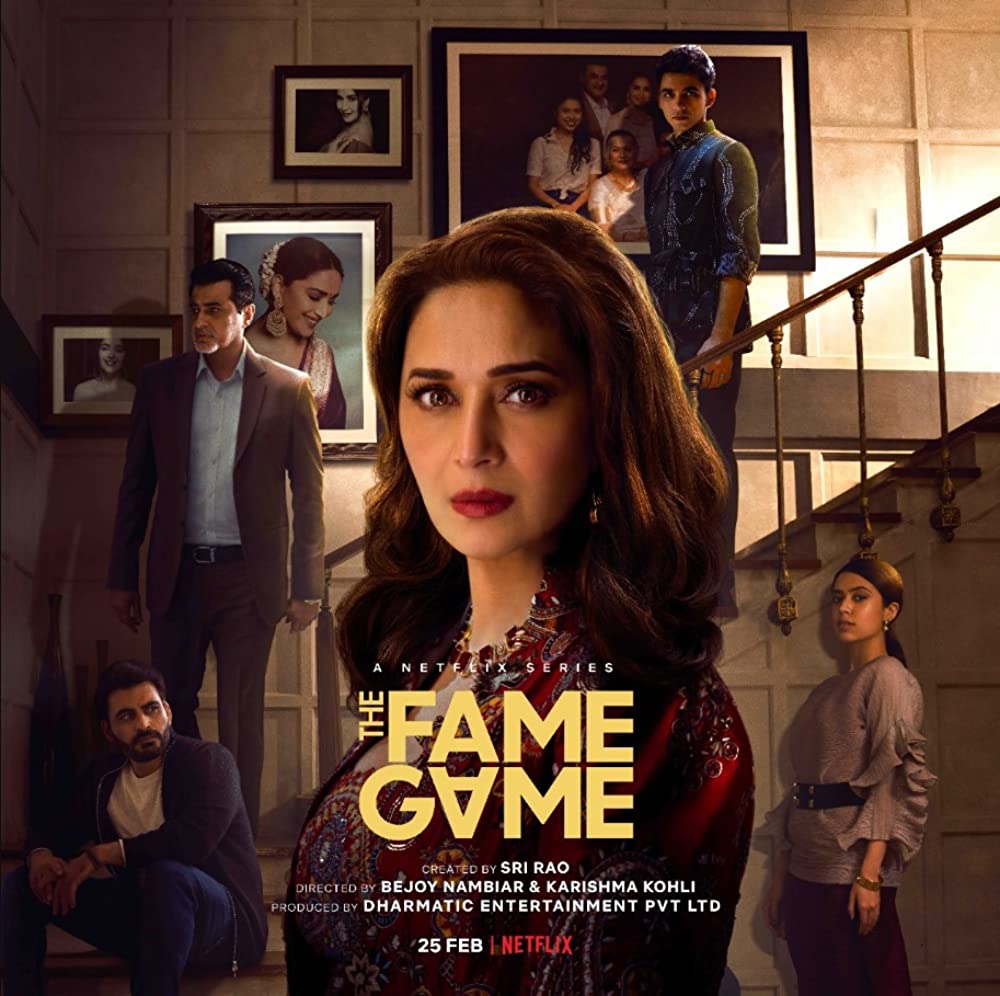