Where is the oscars held 2022 and Who is hosting and nominated this year ? - letsdiskuss

Where is the oscars held 2022 and Who is hosting and nominated this year ?

The event will be place in the Dolby Theatre at Arena Hollywood, which was once the Hollywood & Highland Center, in Los Angeles, with the telecast being broadcast in over 200 countries. If viewers can authenticate their provider, the show will also be available on streaming services such as Hulu Live TV, YouTubeTV, AT&T TV, and FuboTV, as well as abc.com and the ABC app.
The Academy of Motion Picture Arts and Sciences looks to be getting back on track by appointing three hosts to host the most recent episode. The honorees will include actor-comedians Amy Schumer & Wanda Sykes, as well as actress Regina Hall. 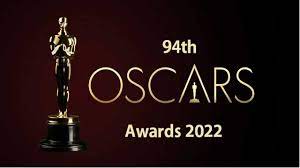