Which team won second test in india vs australia? - letsdiskuss

Which team won second test in india vs australia?

Indian team won the second test and equal the series by 1-1.After the big loss in first test match  captain Virat Kohli takes a paternity leave and handed over captaincy to Ajinkya Rahane.The team moral was down but captain Ajinkya Rahane century give team hopes and they decided to fight back.The youngsters aggresion can be seen on field it was one of the memorable test wins by india.After this match they won the test series by 3-2 beating Australia in Australia second time continuously. 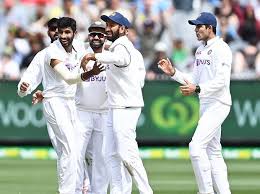