What does a guy feel when a girl avoids him and blocks his contact? - letsdiskuss

What does a guy feel when a girl avoids him and blocks his contact?

If you're in a relationship with someone and they gradually back away, stop texting or answering your messages, or block your phone number, there's a high probability that this is because they're not interested in being with you anymore. It's hard to hear that someone doesn't want to talk to you anymore and may want to end the relationship; however, it can help if you understand why this happened. Guess what? We're here to tell you what men are thinking when girls avoid them and block their contact!

The most common reason for a girl refusing contact is because she doesn't have the same feelings for the guy as he does for her. This is a very hard thing to tell someone, but if she really cares for him, she won't be able to face him after telling him that. This is why girls prefer to avoid talking to a guy and hope he just gets the hint. 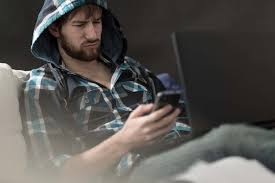 What most guys don't know is that there's an expiration date on relationships. This expiration date consists of about three months from when you met the girl. It leads some guys to believe that if they wait long enough, she'll eventually start responding and maybe even start dating them again. But if you wait long enough, you'll eventually hear from her.

While the expiration date is very bold, it's an actual truth and can benefit the guy who hears it. This date has an effect on most of the girls who back away and stop responding because they realize that their feelings weren't quite mutual.

If they are not able to be with him based on their own free will, it's best for the guy not to pursue her because she doesn't want to be with him anymore. There's nothing worse than wasting time or making a move too soon. When she realizes that he doesn't believe in a future with her, it may be better if she stops avoiding his contact altogether.