what is the difference between suspense,tension,shock,thrilling and twist in films? - letsdiskuss

what is the difference between suspense,tension,shock,thrilling and twist in films?

Suspense, tension, shock, thrilling and twist are all elements in a film. The first one we will start with is suspense. Suspense can be described as having a feeling of mistrusting or apprehension from not knowing what might happen next. Tension can be described as the mental strain in waiting for something to happen. Shock is when you feel unhappy or overwhelmed by unexpected events that may cause injury or death. Thrilling can be described as the excitement and exhilaration of being involved in something that might cause a lot of harm in the long term. And last but not least Twist is when the story you are expecting is no longer true or you are trying to figure out how it will end.
Overall in films there is a mix or these different elements from suspense to thriller. You can make your film become more thrilling, tense and shocking by mixing certain effects such as shock, tension, thriller and suspense. Below I will talk about each of them one by one. 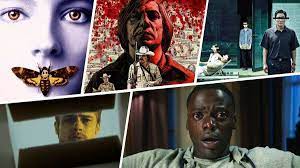 Suspense, tension, shock, thrill, and twist are all the elements of a good and entertaining film and are often confused with one another, because the sensations and feelings that these elements induce are blend so perfectly that we don’t know which of these are we actually feeling.

Let me explain all of these one by one to make each and every element clear.
First of all there is suspense, which is defined as a state of excitement or anxiousness due to an uncertainty about what may happen. Suspense should not be confused with mystery or surprise as surprise is just for an instant while suspense is built with time and takes us to that instant. For example, a bomb explosion is a surprise but the knowledge of bomb explosion and its anticipation is what we call suspense.
According to the master of suspense, Alfred Hitchcock, “There is no terror in the bang, only in the anticipation of it.” This anticipation is the suspense which makes us terrified.
Now let’s come to tension, which is also related to anticipation. Tension depends on the development of suspense and how it is built. The way viewers are takes through the alleys of mystery, the moment when they are wondering who-done-it, is when the tension arises. It is tension which leads to ***** and is closely linked with timing. Tension in a plot keeps the spectators at the edge of their chairs.
(Courtesy: joe.co.uk)
Shock in films, is somewhat similar to surprise. It does not demand a build up with time, but a sudden *****, a sudden revelation which will give the spectators goosebumps. Like a dark, calm room and suddenly the face of a witch appearing in front of a character, with a loud scream in the background. That will shock not only the character but the spectators as well.
Talking of thrill, it is the similar sensation that you experience while you are on a roller coaster. In a movie, thrill is to be experienced at each moment, as it determines its extent of entertainment. Thrill makes you enjoy the film throughout. It is the summation of the heightened feelings of suspense, excitement, surprise, anticipation, and anxiety. The ups and downs in the movie add to the thrill, and that is done by employing various literary devices at places.
(Courtesy: USA Today)
Now twist is one such device or element which brings thrill in the film. It might even stretch to contribute to suspense, shock or tension, taking us to the *****. Most of the times, it is simply the subversion of the anticipations of the spectators. Like when we are expecting a bomb to explode but then it is revealed that it was a fake bomb. Twist comes in all shapes and sizes, according to the requirement of the film makers.
0 0