when was environment protection act enacted ?

The Environment Protection Act was enacted by the government of India on 2nd December 1990. This is to protect land, water and air resources of the country from negative impacts of modernization and industrialization. The EPA has been re-enacted in 1993, 1998, 2003 and 2006 with subsequent amendment acts such as Bharatmala Andhari Pradesh Gatimagutra Palika Adhiniyam 2008. The requirement to comply with environmental norms has become mandatory for construction projects which are approved on or after 1st April 2013. 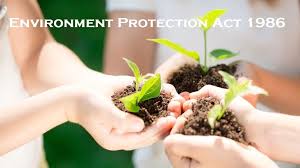