Which are the best places in Miami for sight seeing? - letsdiskuss

Which are the best places in Miami for sight seeing?

The following are some of Miami's most popular tourist attractions:
1. Miami Beach- The Art Deco Historic District, featuring pastel structures from the 1930s and early 1940s boasting classic neon signs, is one of the city's most popular attractions.
2. Art Deco Historic District- A vacation to Miami Beach is not complete without visiting the Art Deco Historic District. The prestigious South Beach neighbourhood is dominated by this architectural style, which was prominent in the 1930s and 1940s.
3. Vizcaya Museum and Gardens- Set on 28 acres, this National Historic Landmark was the opulent winter home of James Deering, a 20th-century industrialist. The home, which was built in 1916, has 34 rooms organised around with a central courtyard. 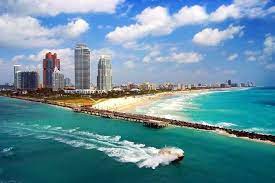