Who was Surekha Sikri? - letsdiskuss

Who was Surekha Sikri?

Surekha Sikri was a three-time national award winning actress. She became a household name because of her television serial  Balika Vadhu. She first stepped into films industry with the movie Kissa Kursi Ka in 1978. Surekha shocked everyone with her performance in Tamas which was directed by Govind Nihalani, That performance won her the National Award for Best Supporting Actress. Surekha made everyone sit up and take notice once again by winning  another National Award for her 1994 movie Mammo .She is survived by son Rahul Sikri. 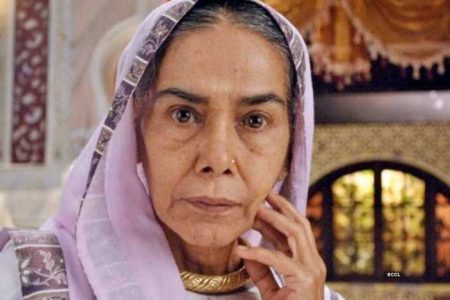 Surekha Sikri was a  veteran film actress who was born in Delhi and spent her childhood in Uttarkhand.She graduated from Aligarh university and did her post graduation for National School of Drama .Surekha Sikri continued doing theatre for more than a decade  after that and  she shifted base to Mumbai in 1970’s. Surekha Sikri won her third National film Award for Badhai ho in 2018,She played the role of grandmother in the Ayushman Khurana Starrer.