There is a famous saying, "A man is great by deeds, not by birth". It’s a renowned saying by Chanakya. As known by the name of "KAUTILYA OR Vishnu Gupta".According to the Jain writer Hemachandra, Chanakya was born in the Chanaka village of the Golla region, to Chanin and his wife Chaneshvari. Born into a Brahmin family, Chanakya gained his education at Takshashila, an ancient center of learning located in north-western ancient India. Being of high intellect, he cunningly devised some manipulative war strategies and eventually succeeded in bringing about the downfall of the Nanda dynasty at Pataliputra, in the Magadha region. After defeating the last Nanda king, he established a new empire with Chandragupta Maurya as the emperor and continued serving him as his trusted political adviser. Chanakya served as prime minister during the reign of Chandragupt Maurya(r. c. 321-c.297 BCE), who founded the Mauryan Empire 322-185 BCE). “Arthashastra” is a famous political thesis, wherein he wrote the crux of ruling effectively. Not only politics we can also see his flair in medicines. According to some Jain texts, Chanakya used to mix minute quantities of poison in the food eaten by emperor Chandragupt, in order to gain immunity against possible poisoning attempts by the enemies. Unaware of this fact Chandragupt once shared his food with his queen “Dhurdhara” who was already expecting a child. Effects of poison quickly showed & the queen collapsed & died. In an attempt to save the unborn child in the womb, Chanakya cut open the stomach & extracted the baby. This baby names Bindusara succeeded Chandragupt. Even in this modern era, "Chanayak Netis" is preferred & taught to students as well. A Philosopher, economist, and statesman are the few terms best suited for him. A place in Delhi named, Chanakyapuri is in honor of Chanakya. 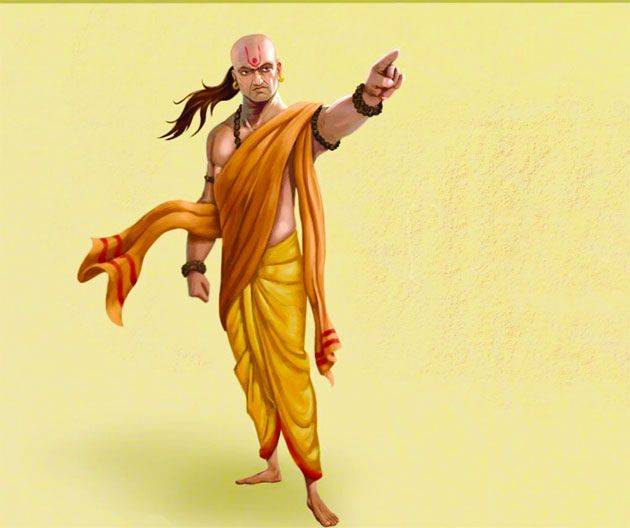 Chanakya was the famous Indian teacher, philosopher, economist, jurist and royal advisor. He is well known in the world as 'kautilya' or 'Vishnugupta'. He is considered as the pioneer of the political and economic field. He was the main royal advisor of Chandragupta Maurya dynasty. He has been well known for the establishing the Maurya Empire, Arthashastra and Chanakyaniti. He served his whole life in assisting first Chandragupta Maurya emperor to rise to the power.